The Gillio Giramondo was originally launched in 2014. The design was a fairly simple one, but it is made to the usual high standards by Gillio in Italy using their high quality leathers.

The design in my opinion lacked some features though, which have been rectified with this revised new edition, the Giramondo Deluxe announced today.

The first obvious edition is the clasp closure instead of the simple elastic loop closure. 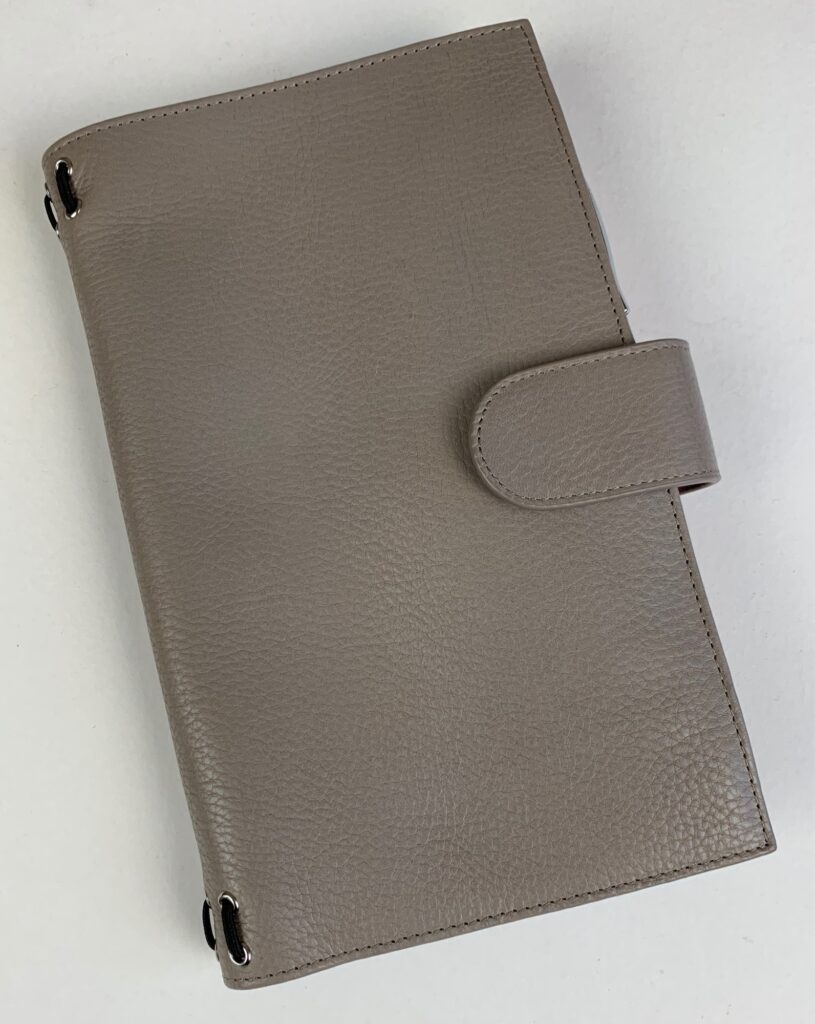 Open up the notebook cover and you will instantly see new secretarial pocket arrangements on both sides of the cover with eight credit/business card slots in each one.

Another long awaited addition is there are now two elasticated pen loops, the original one had none! So Mr Gillio how about two pen loops on your A5 and Medium size organisers as well please….<lone voice shouting!>

The other obvious change is the increase from one set of double loop elastics to three sets neatly arranged in the spine of the notebook. This increases the capacity of the notebook cover. 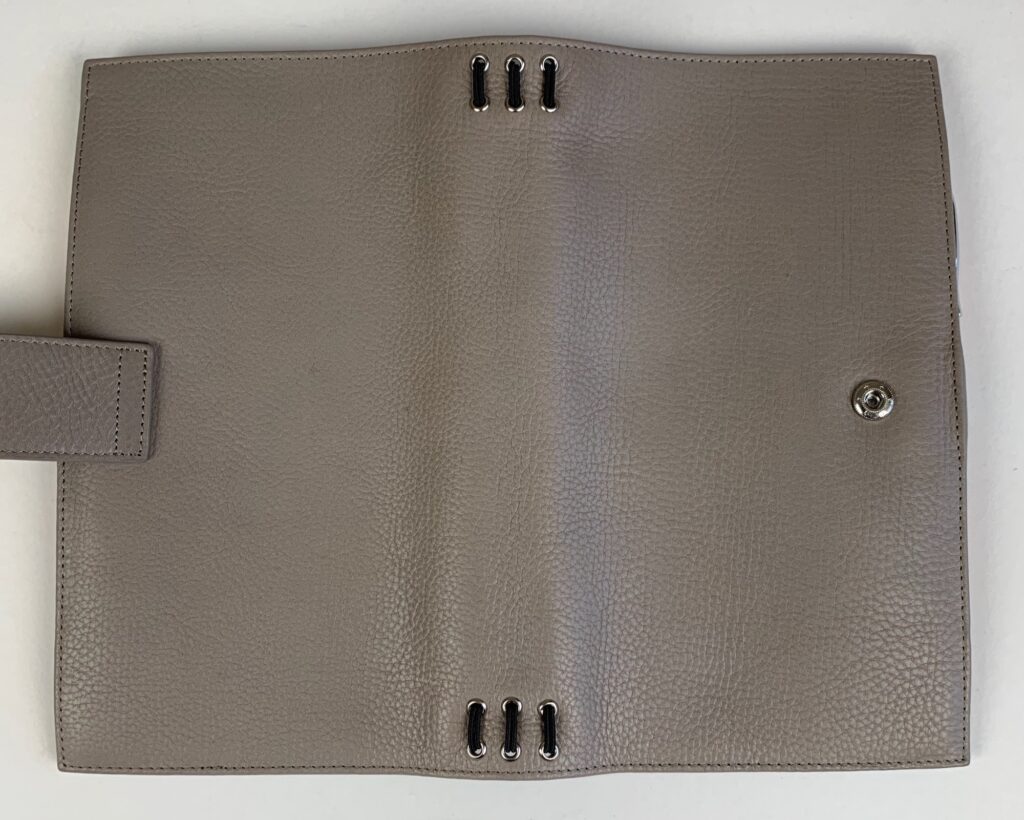 Another change is in the way the Giramondo leather is finished at the edges, on the original the two edges are simply sewn together and a resin coating added to the edge. It is now booked like their other products, the edge of the leather outer cover is feathered at the edge making it thinner around the edge so it can be folded over and then stitched to the inside leather. This gives a neater overall finish to the notebook cover. 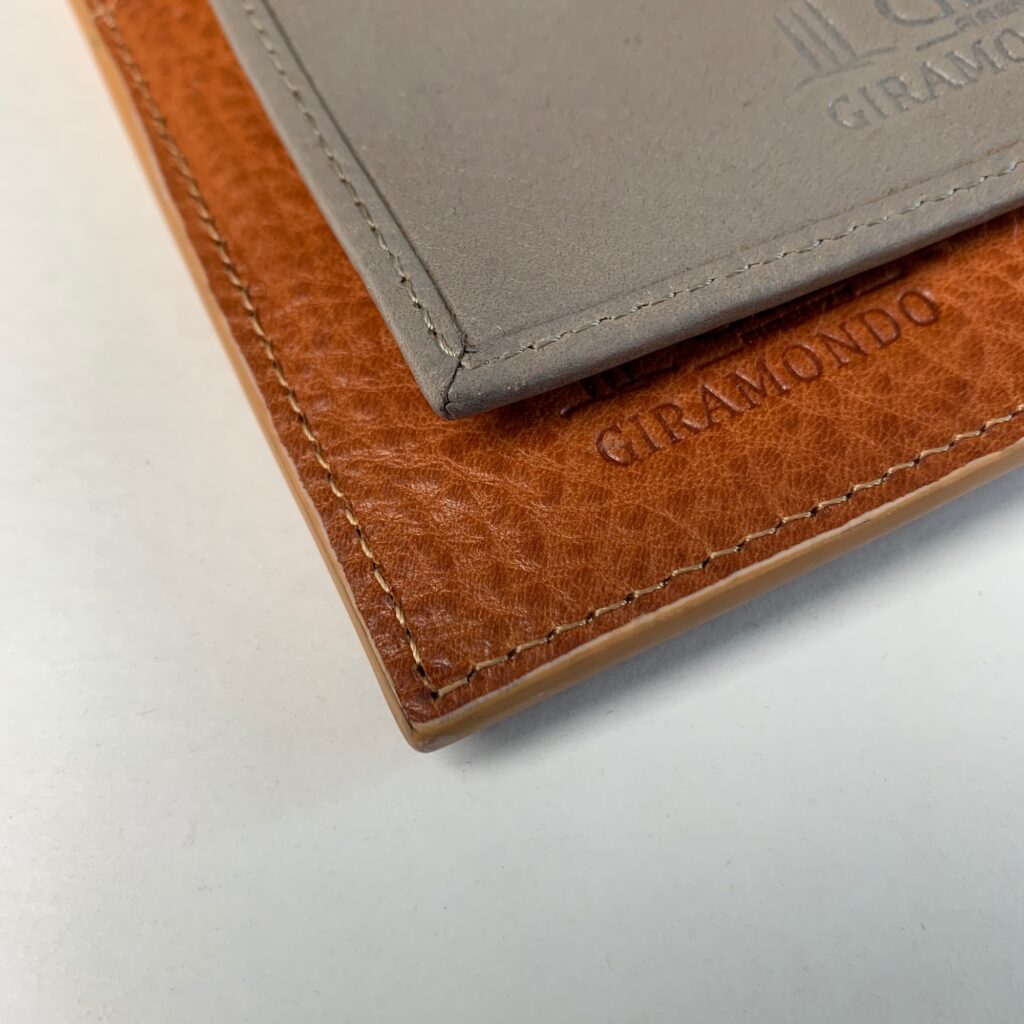 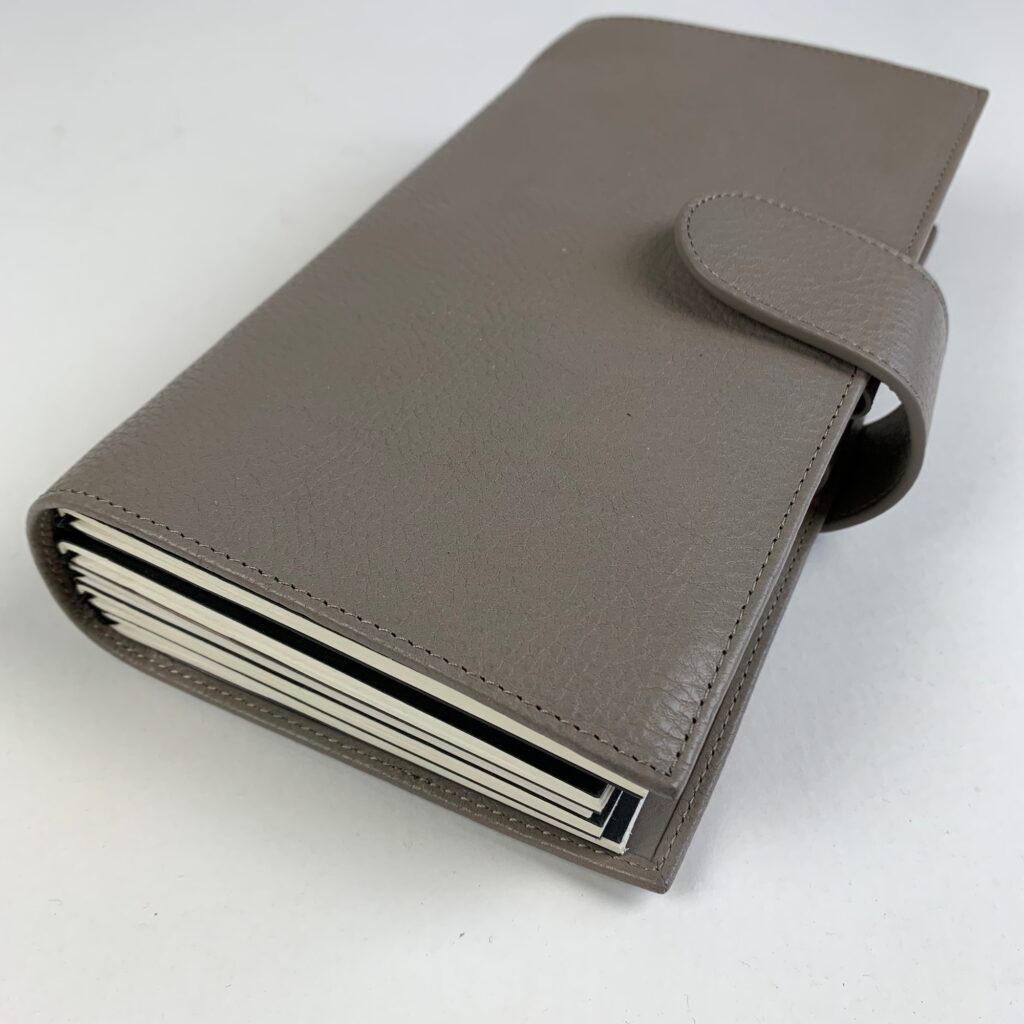 Here are the two together so you can see the differences, my original ‘undyed’ version and the new version in grey leather. 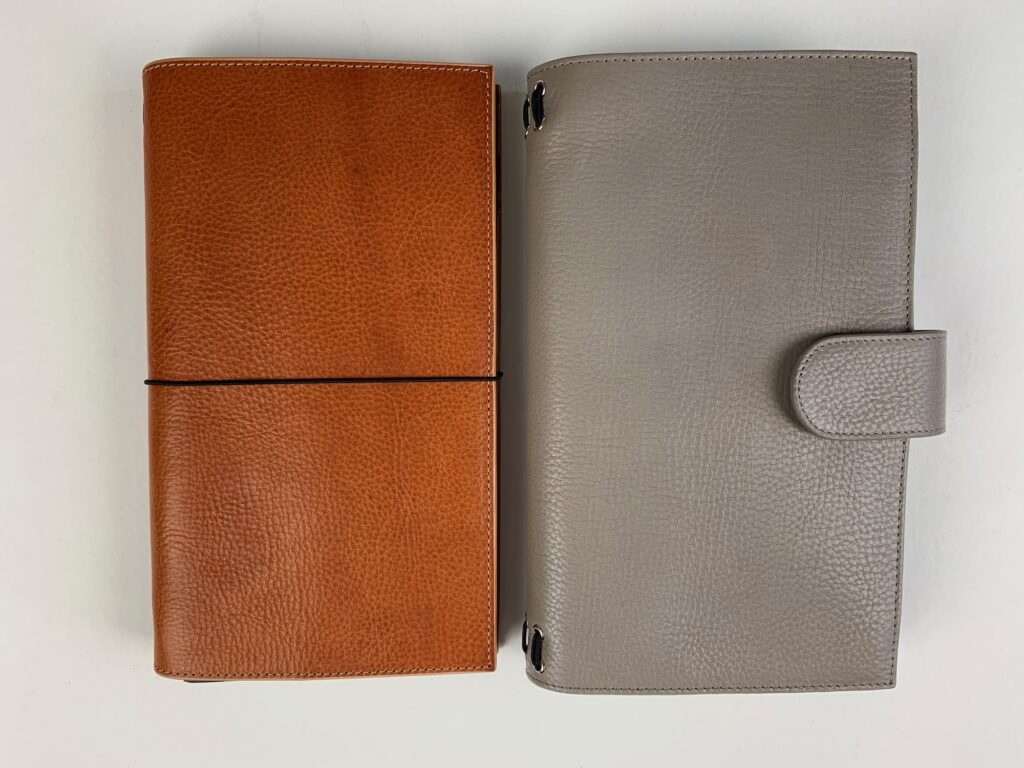 This image shows the differences between the internal layout of the original Giramondo and the new Giramondo Deluxe. 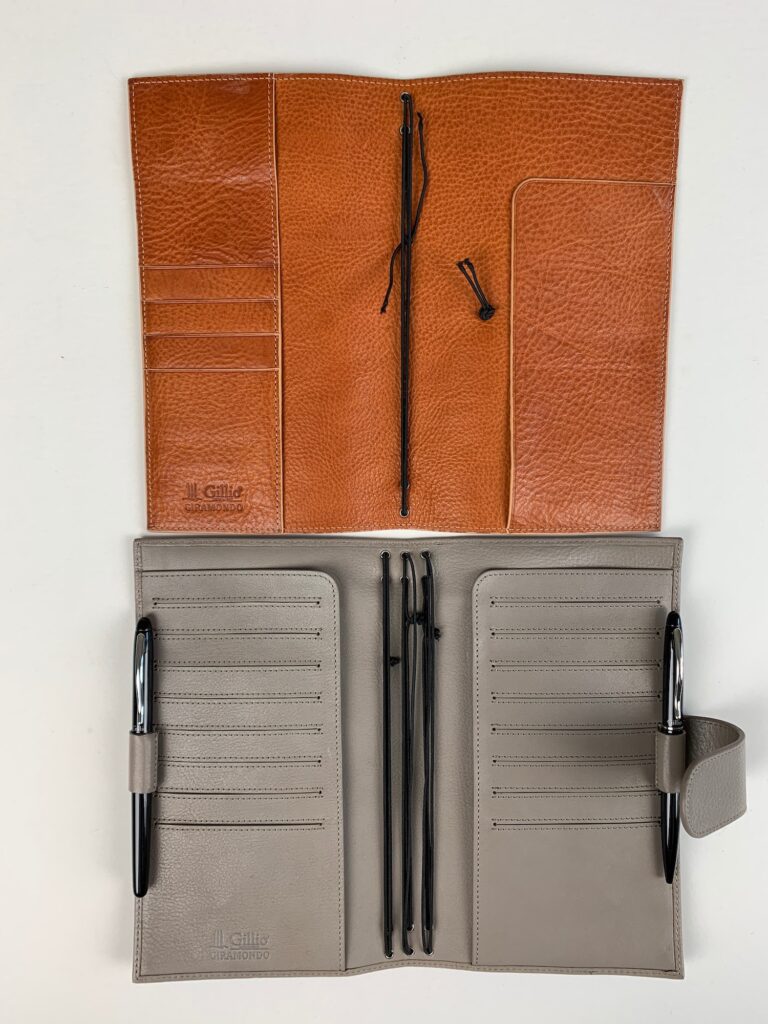 Just picking up the new one you will might not notice at first that it is slightly bigger in size, but it is very slightly taller. 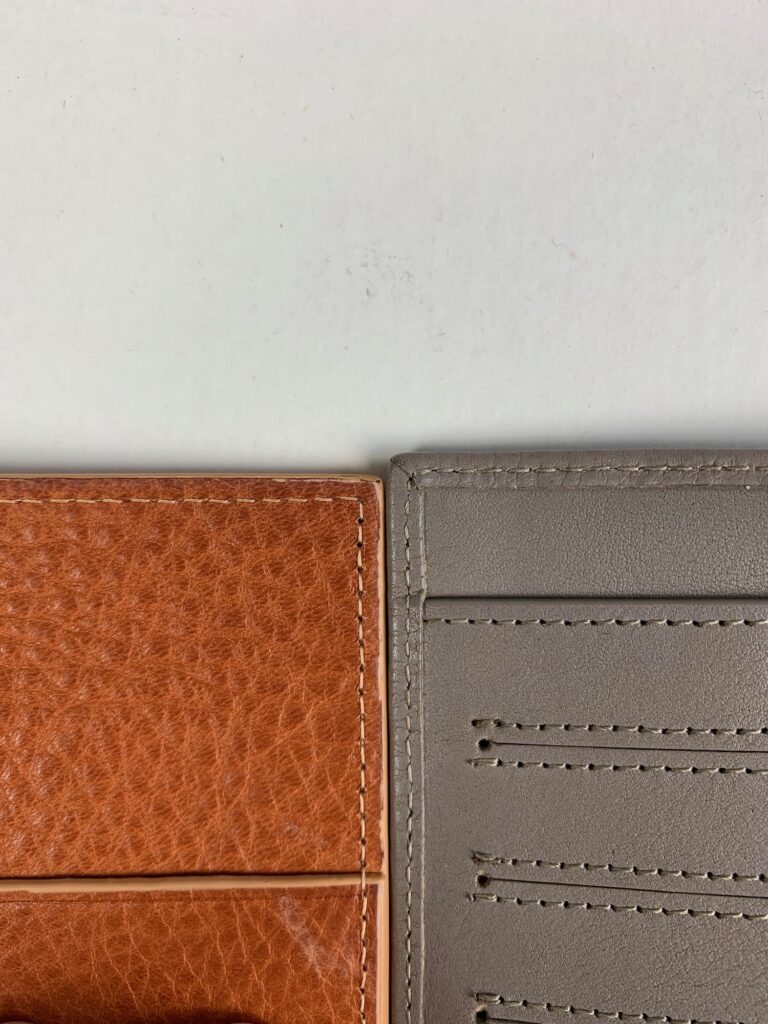 More noticeable is the necessary increase in width so that it can have the extra capacity for additional notebooks compared to the original. This is how much wider it is: 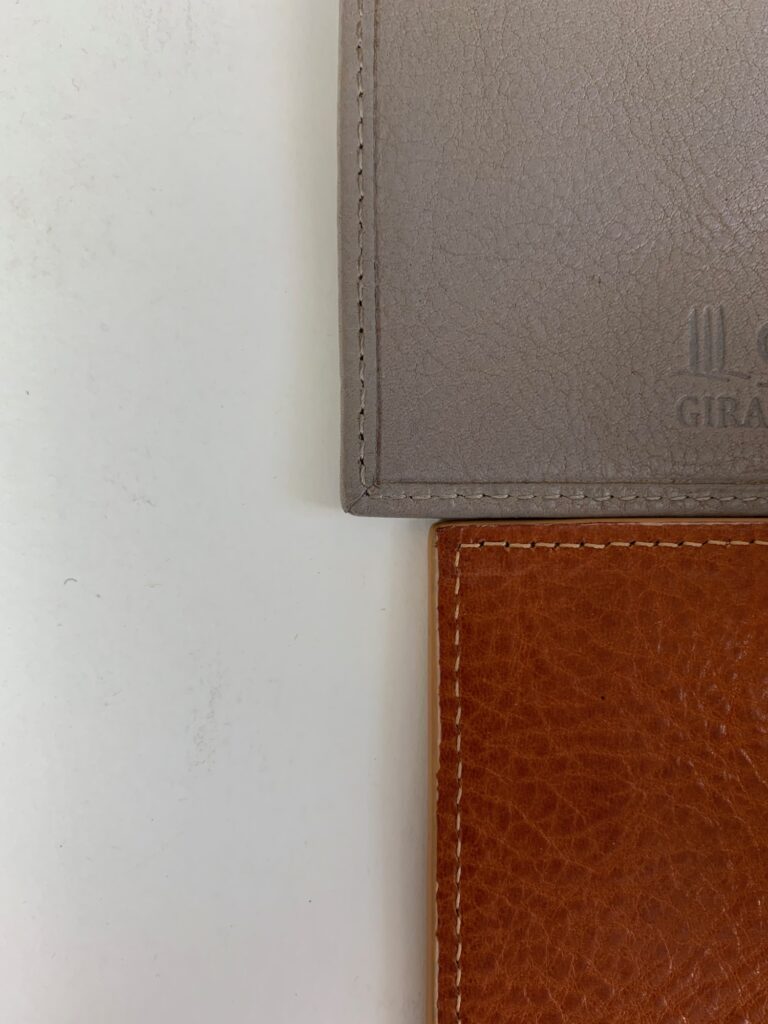 I loaded it up with six regular size notebooks. I use A5 notebooks that I reduce in width to the standard 11cm wide. With two pens in the loops the cover accommodates the notebooks perfectly with no overhangs and the clasp closes with no effort. 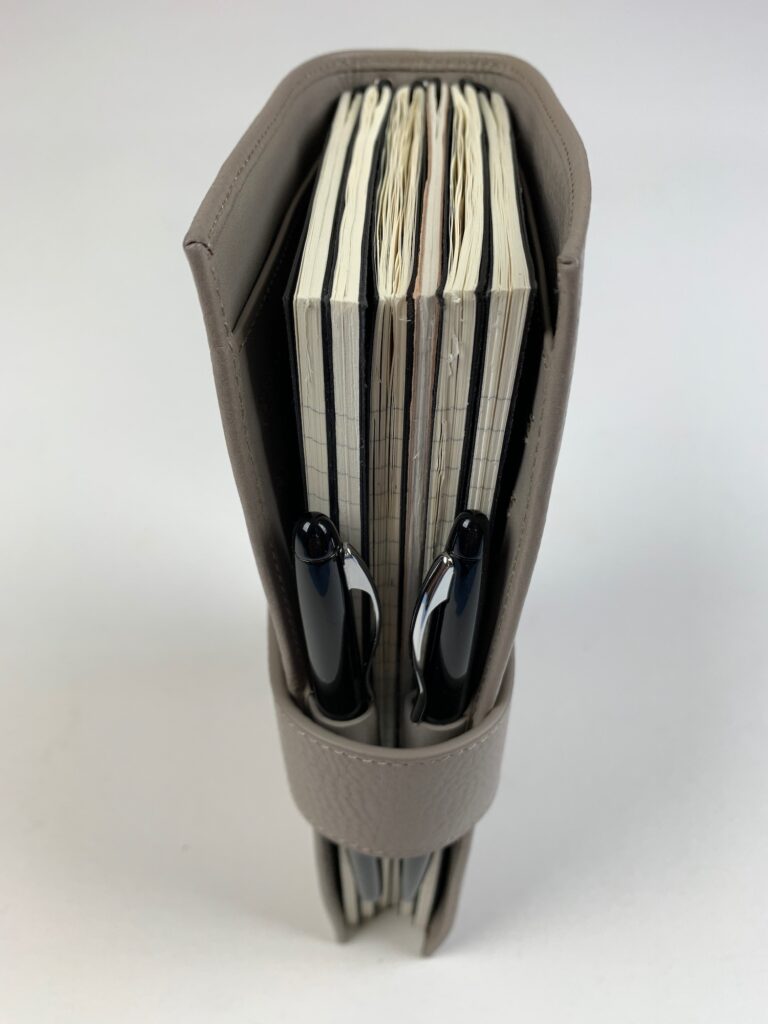 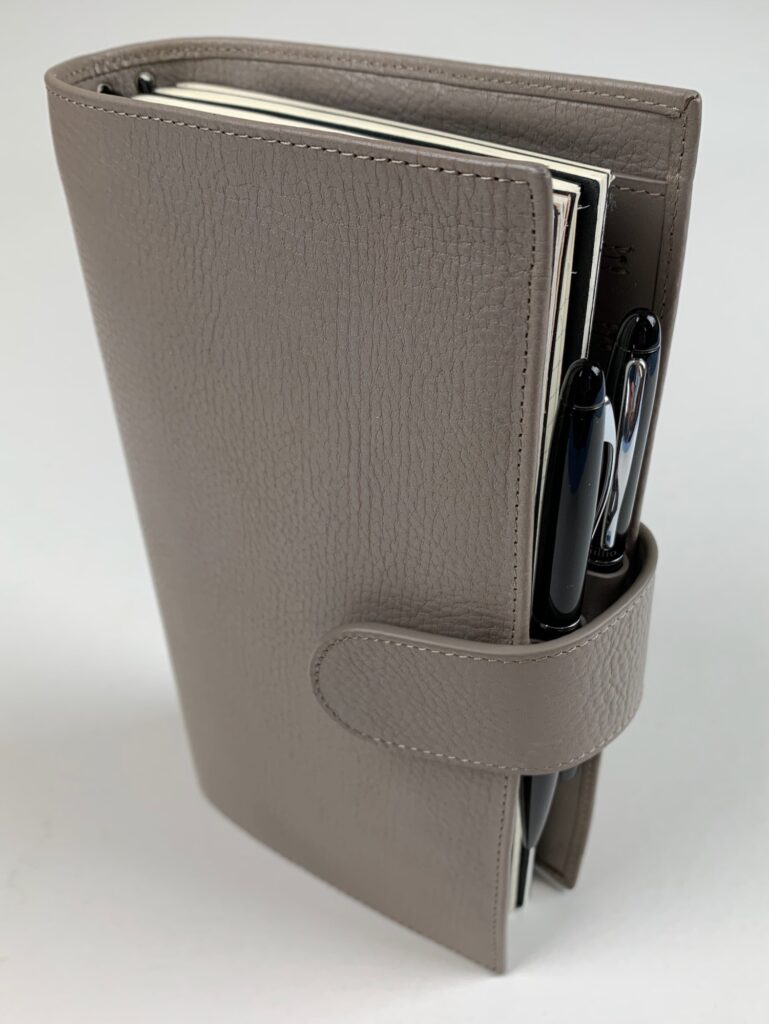 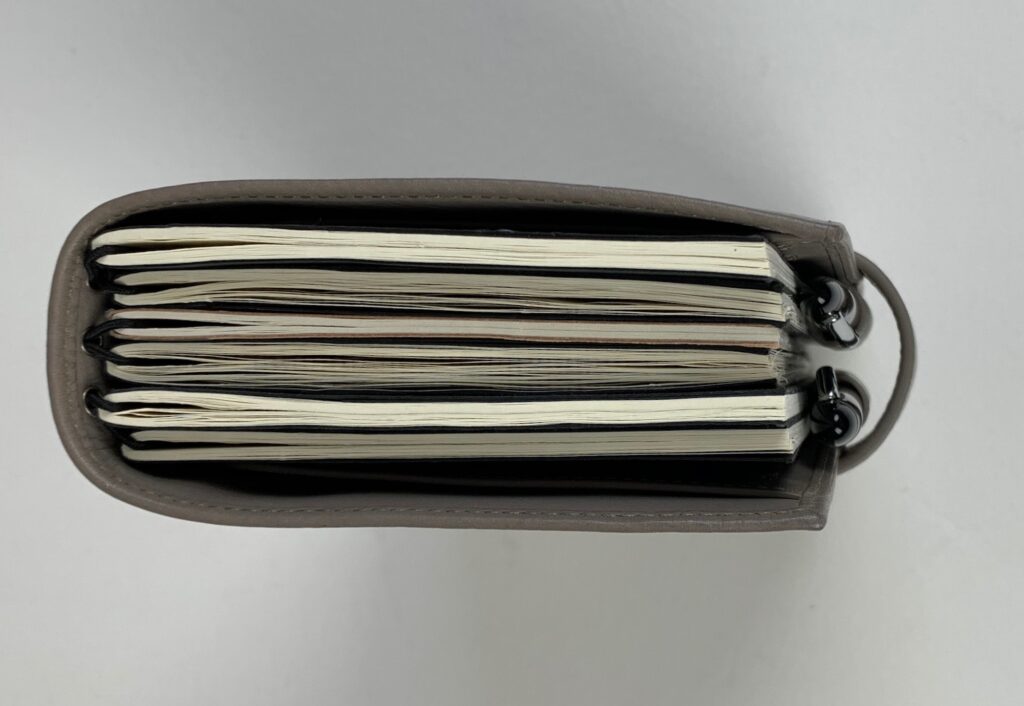 The Giramondo Deluxe is only available in the regular size in 11 colours at present, potentially it will be introduced in the other sizes as well if it proves popular. It also does not replace the regular Giramondo, that will still be available in all the current colours.

Thank you to Gillio for supplying this review sample of the Gillio Giramondo Deluxe. 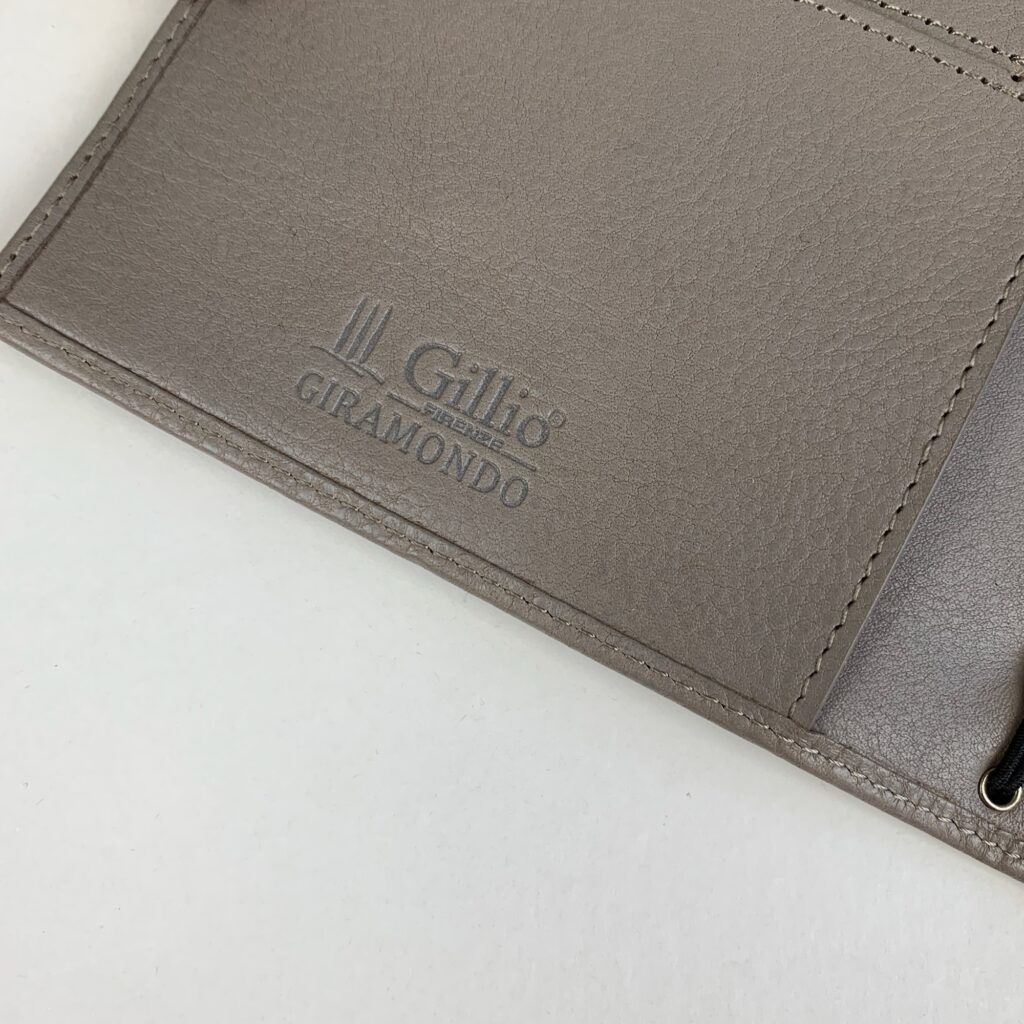