I’ve been using a regular size Travellers Notebook for a few months now with Moleskine Cahiers cut down in width as described by Ray in his video here.

That isn’t too difficult to do, but I liked the idea of having a cover that was the correct size for the notebooks without having to trim them down in width. After looking around at the various options from various sellers I noticed there was quite a bit of variance in the prices and the sizes quoted for regular size and full size cahier size Travellers Notebook covers.

In the case of anything made in the USA I would also have to factor in import tax, VAT, shipping etc. So after considering everything I thought about making one of my own. Once again I followed the method used by Ray in another of his videos, but made it bigger.

So how did I size it? Moleskine sell their cahier notebooks in packs of three, so making it take three was an obvious choice, but if I make a bit bigger to be able to take a couple more that would be great.
So I stacked three notebooks together and measured from the back to the front and added on 10mm to allow some over hang which would then allow for extra notebooks.

I found a leather supplier recommended on the Midori resources Facebook group called Leather4Craft. Listed on their Ebay page they have a large number of different colours and sizes of leather pre-cut to size available. I ordered a piece of leather and it arrived very neatly packaged and it was as good as I might have expected. I ordered some leather measuring 30cm x 22cm

To punch the holes for the elastics I bought a couple of leather punches via Amazon which arrived in the post. The advantage of using a hollow punch is that the holes are nicely finished off.

I followed Ray’s video on how to measure and punch the leather and then how to thread the elastics… something I had had practice at doing when I helped to develop the Travellers Notebook cover at Van der Spek in October last year.

I also rounded the corners using a sharp craft knife and a large washer as a template.

I’m really pleased with the end result. The leather supplier also sent me some other samples and I used one the same as the leather for the cover to make a pen holder on the closure elastic. 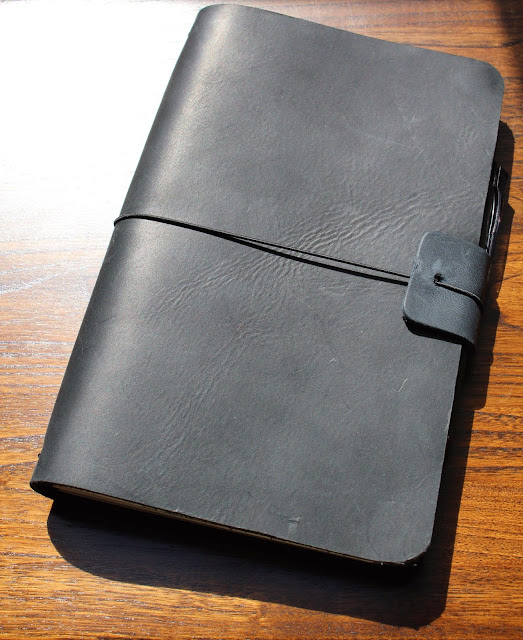 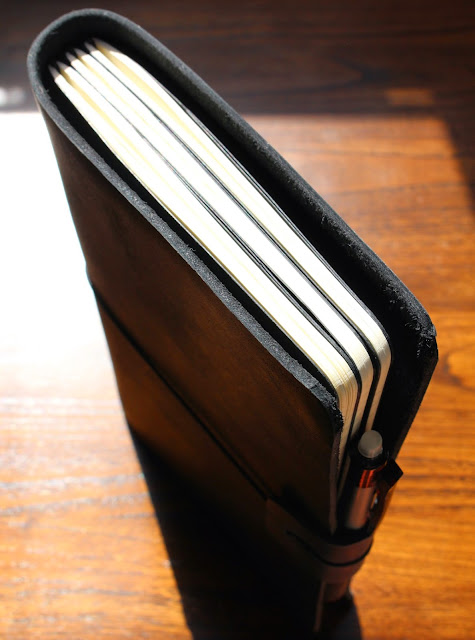 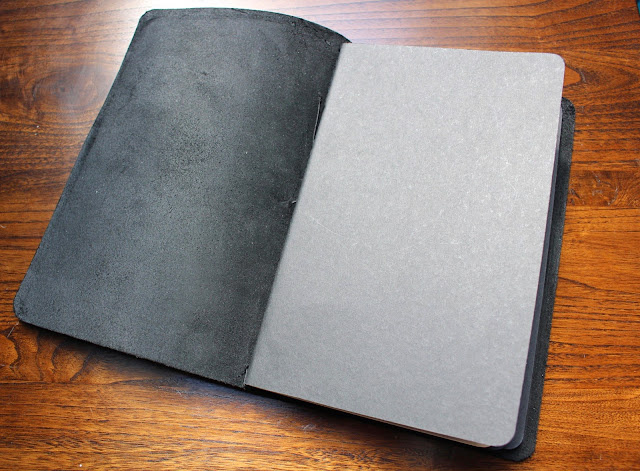 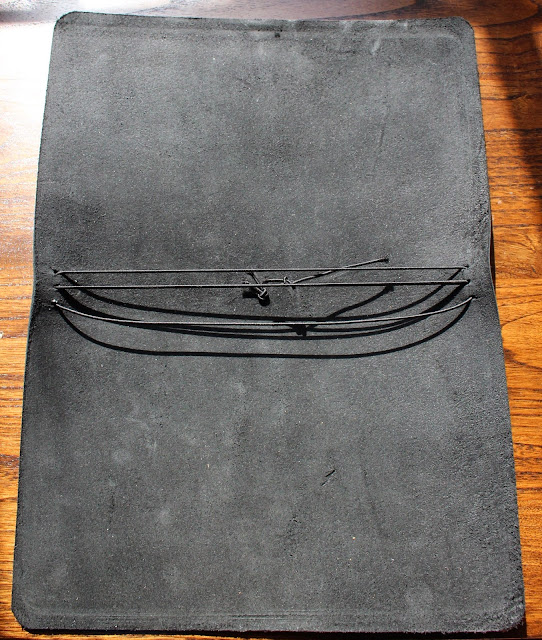 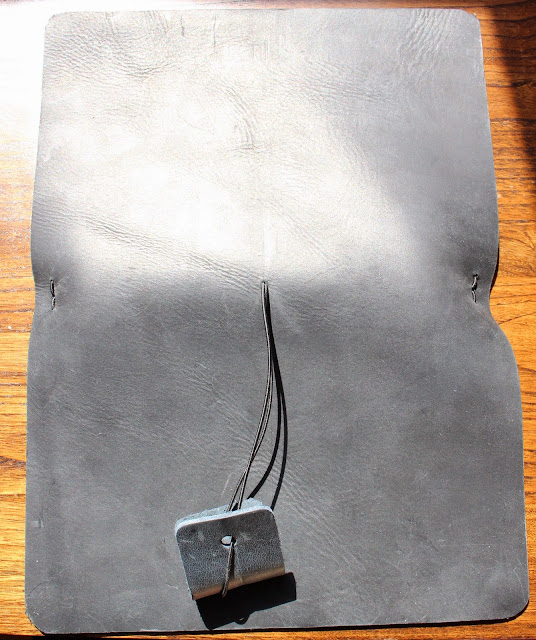 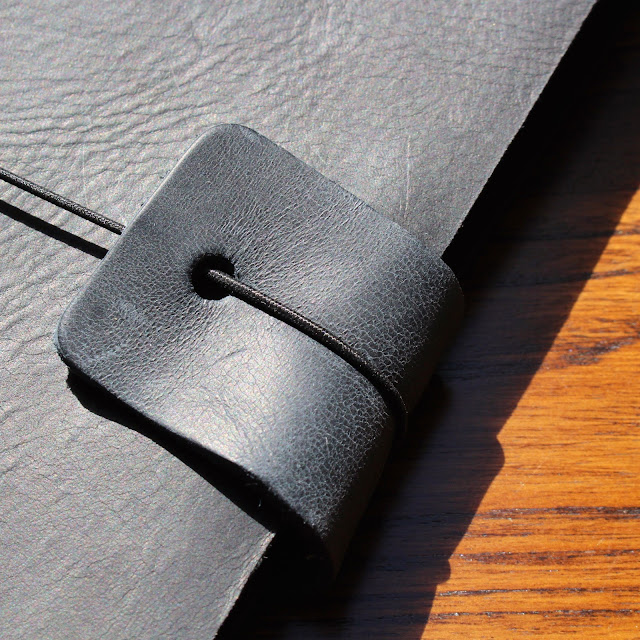 I’m quite proud of the result, I will certainly consider making some others should I get the need to try a different size.

Have you tried making your own Travellers Notebook cover yet?

This website uses cookies to improve your experience while you navigate through the website. Out of these, the cookies that are categorized as necessary are stored on your browser as they are essential for the working of basic functionalities of the website. We also use third-party cookies that help us analyze and understand how you use this website. These cookies will be stored in your browser only with your consent. You also have the option to opt-out of these cookies. But opting out of some of these cookies may affect your browsing experience.
Necessary Always Enabled
Necessary cookies are absolutely essential for the website to function properly. This category only includes cookies that ensures basic functionalities and security features of the website. These cookies do not store any personal information.
Non-necessary
Any cookies that may not be particularly necessary for the website to function and is used specifically to collect user personal data via analytics, ads, other embedded contents are termed as non-necessary cookies. It is mandatory to procure user consent prior to running these cookies on your website.
SAVE & ACCEPT